Working on this prototype for the upcoming Barnraising -- i want to have a point-and-shoot IR-VIS...

Working on this prototype for the upcoming Barnraising -- i want to have a point-and-shoot IR-VIS camera which is light and can be sent up on a balloon, and which auto-composites image pairs. More progress soon, I'm starting to collect code here:

The camera's internals can be seen below: 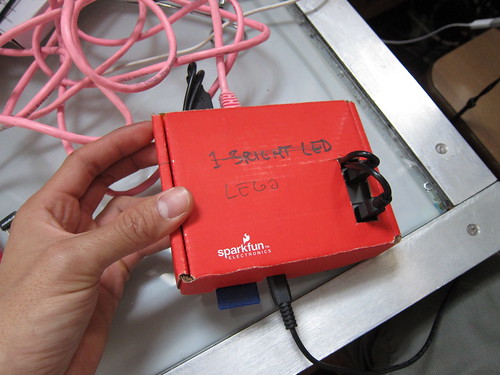 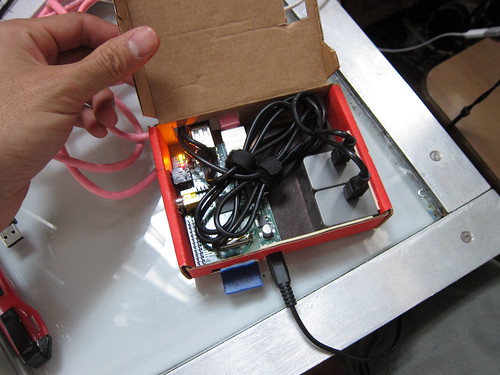 The idea is that for relatively low cost ($60) we could make a "hacker's camera" with both infrared and regular webcams built around a raspberry pi, which when you take a picture, auto-composites the two images into NDVI and NRG. So you're left with an SD card with precomposited images, as if it were a regular digital camera.

Later, we could add all sorts of other functionality --

I really like the idea that the first version is built into a small cardboard box, so I used a small Sparkfun box.

Anyhow, I'm kind of stuck at the step of taking a single snapshot from the commandline on the Raspberry Pi (debian image). See here, I could def. use some help: https://github.com/jywarren/irkit/issues/1 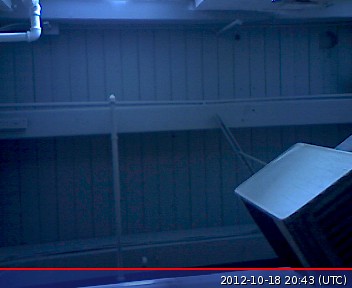 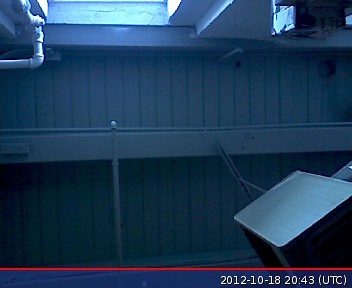 donblair commented over 7 years ago

-- Can't get more "open hardware" than a cardboard box. Truly awesome. -- This suggests to me using an R-Pi as a general purpose sensor platform, with plug & play sensors, an optional LCD ... -- This also suggests combining an R-Pi as a base computer that interacts with e.g. Arduino/microcontroller sensors ... the R-Pi does the heavy processing / analysis, the Arduinos do the reliable sensing (microprocessor timing would be more reliable and consistent than having multi-thread Linux system running); R-Pi + Arduino scientific sensing / analysis platform ... can do everything you'd want to do in a science lab, for super cheap -- Brain exploding.


Bob commented over 7 years ago

Nice work. If you'd like to avoid the protruding SDHC card, adafruit has a microSD adapter: "Low-profile microSD card adapter for Raspberry Pi"

I'm on the prowl for very small, short, mini USB cables now. I really want to find some with right-angle heads, since the connectors account for much of the wasted space in this design.


ioan commented over 7 years ago

It is in Romanian but you can use Google translate. You can add as many web cameras to Raspi as you whish, just use a powered usb hub. In 5 minutes I made my Raspi to stream live video.

I am using Opera browser on my Android phone to check-in what is happening in my house...

Thanks, loan!!! Very cool. I will def. use this as I develop this device.


commented about 7 years ago

Just want to say your article is as incredible. The clearness to your post is just great and i can suppose you happen to be a professional in this subject. Well with your permission let me to snatch your feed to remain up to date with coming near near post. Thank you 1,000,000 and please carry within the gratifying get the job done.

334 notes
created by warren over 7 years ago

265 notes
created by warren over 7 years ago