Inspired by Jesse Breen's picavets 1, 2, and the FABA collective's picavets, I made a picavet rig...

a cheap picavet for any shooting angle

Inspired by Jesse Breen's picavets 1, 2, and the FABA collective's picavets, I made a picavet rigging out of six mini carabiners, six #64 rubberbands, and a sterilite mini crate.. Total cost of materials is about 5 bucks, except that I had to buy 12 crates (contact me if you want one). The rig weighs 216 grams without a camera-- making it more than twice the 60-100g weight of a PET bottle rig.

The major advantage, besides stability of the Picavet, is that the carabiners can be moved around the crate without re-rigging the Picavet, allowing photos to be shot from a bunch of different angles. 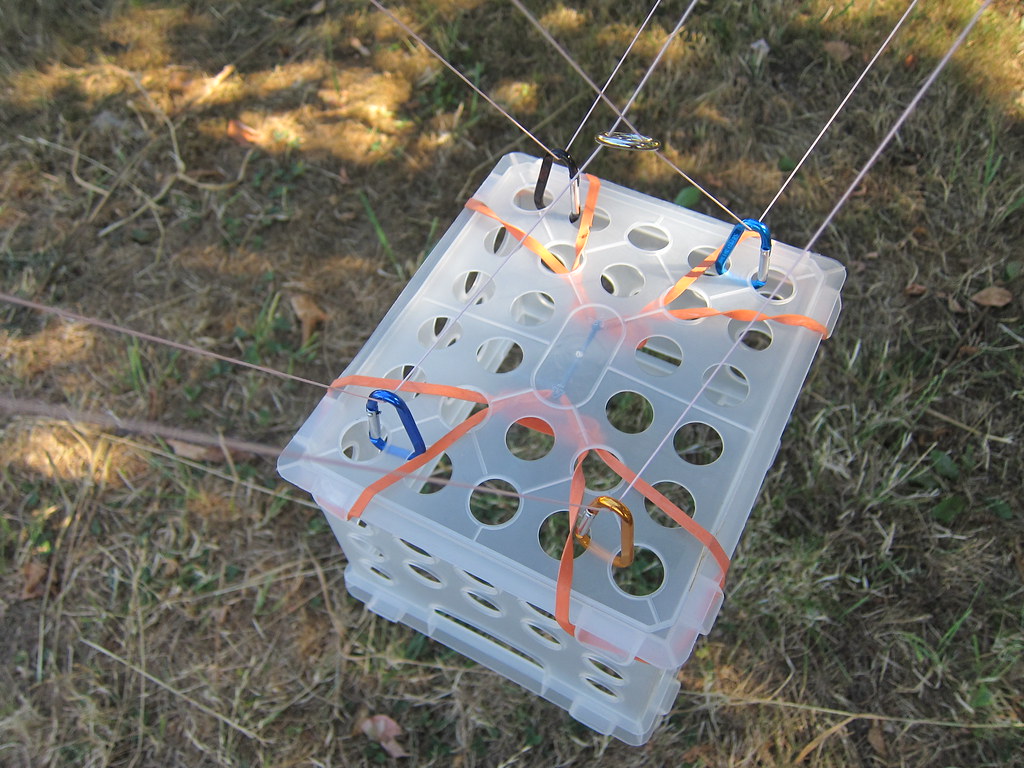 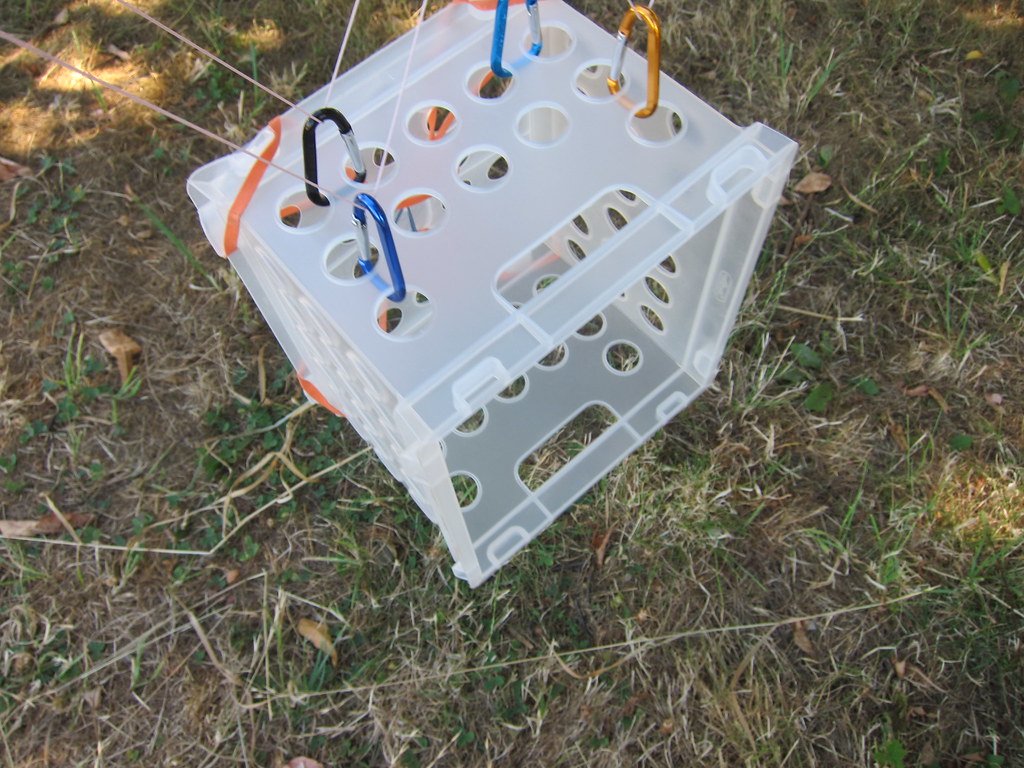 The rubber band mount inside is just two doubled up rubber bands with four attachment points. Another view of it is here. The rubber band mount seems to introduce some vibration in the higher wind test I did, but it could have been that I was paying more attention to my kite in the gusty conditions and did a bad job setting up the camera.

I did two video tests with a GoPro-- one in extremely low wind-- 5-7mph up high, with gusts and barely any wind at ground level, and another in extremely gusty wind ranging from 7-15mph. They're both here, second test starts 2 minutes in. The crate is in both shots because of the GoPro's fisheye lens. a regular camera wouldn't have that issue. In the second test the GoPro's strap gets in the shot-- I wasn't paying much attention to the camera, more to my kite in the gusty conditions:

Can't wait to try this, I am going to make my own this week. Thanks!

45 notes
created by mathew over 5 years ago