What I want to do These are the Patagonia trips. Organize them here. We sent out a doodle pool... These are the Patagonia trips.

We sent out a doodle pool of likely participants, and the only people crazy enough to fly the day after Krewe du Vieux were the hard corps folks at GRN: Scott, Jordan, Grace, and Anna. The boat was hired.

Jordan Macha took notes, and Grace Morris rocked the camera. Grace and Anna and Jordan all took the reins piloting the balloon.

We missed bringing the GPS. LESSON: bring the GPS, as communicating with the boat captain.

In an unprecedented happening, the rig came loose from the carabiner at the string. The camera fell inches out of reach of the boat, and sunk in 4 seconds. Scott swam to save it, was unsuccessful.

LESSON: Be careful winding the balloon in. wind it in smoothly. and avoid jerking it around. perhaps some tape to make doubly sure that the rig is fastened.

We got to an incorrect first site, but made a very large map of marshes quite similar to the target. 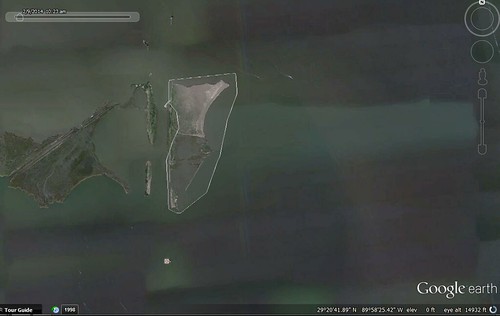 We ran awry of some fishermen, and had to avoid their lines on the repeat flight. This interaction was captured by the camera.

We checked the camera, but didn't realize how amazing the pictures were, and thus kept the camera much lower for the rest of the day. still, results were good.

LESSON: a rugged laptop or protected tablet would be useful for reviewing shots before moving to the next site.

We built a new rig from scraps and tape. This time, the rig had foam taped to the soda bottle, in theory to make it float, but really more for our piece of mind.

the AMOD ran out of space.
LESSON: Wipe the AMOD memory after each run.

We traveled consistently from south to north.

after that, new pilots were a little shy at flying the balloon very high, we flew low. 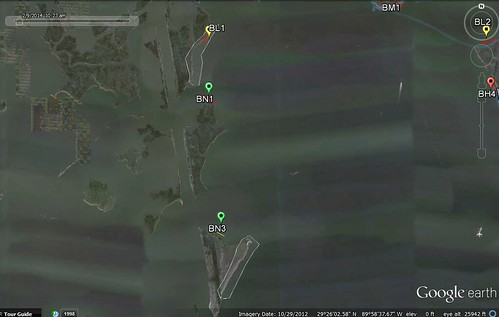 The captain, once again, steered us in the wrong location. GPS and the false color map is 100% recommended for discussing locations in Barataria Bay with an experienced guide.

Pelican may be visible in the frame around 1424.

we flew the A490 and got some great shots, although east of the target. These photos have an incorrect date and time stamp.

Balloon was weighed, it came back at 1.1kg still. But the flight was kept low.

Lowest flight yet, but hit the target. third time, the team was trained up. This was the shortest flight, and the clouds blew in while the flight happened. Still, some of the most beautiful low-altitude imagery came from this flight. 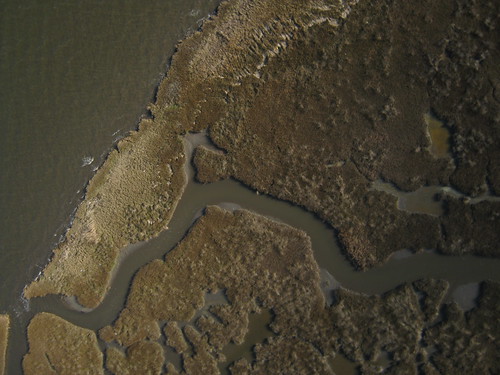 Carto Collective is up

Training up 4 people already to lead mapping trips. Training new pilots is a major goal of this effort, and GRN staff should remain in the area for some time, tracking this issue.

499 notes
created by eustatic over 7 years ago

228 notes
created by eustatic over 7 years ago